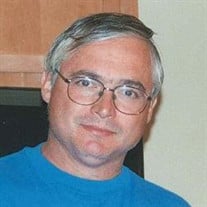 Dr. Alan W. Gravett, 60, of Ottumwa, Iowa went into the arms of our Lord and Savior Jesus Christ on June 8th, 2017. Alan was born on November 27, 1956 in El Paso, Texas to Doran and Roberta Owens Gravett. He married Donna Barbara Susan Smith on April 27, 1991. Alan graduated from Davis County High School in 1975. He went on to get his medical degree at the University of Iowa and received board certification in emergency medicine. He also had degrees in occupational and sports medicine. Alan was a fun and loving man, husband, father, son, and brother. He started a cattle farm operation in Davis County and helped raise five beautiful children in Illinois while dedicating his life to, with all his heart, taking care of his family and others. He was kind, funny, and helpful to everyone and held a passion for learning, football, forestry, and world history. Alan worked as a physician in various emergency rooms across Illinois, Iowa, and northern Missouri, saving countless lives throughout his career. He was diligently researching in hopes of finding new treatments for cancer. He is preceded in death by his father, Doran Gravett. He is survived by his wife, Donna; five children, Amber, Cody, Nick, Dylan, and Abby; mother, Roberta; brother, Brian (Debbie) Gravett; two sisters, Lynn (Pete) Roers, Renee (Michael) Michaud; three brothers-in-law, Allen (Wendy) Smith, Michael (Sue) Smith, John Smith; three sisters-in-law, Lori (Steven) Kennedy, Sandy Smith, Marian (Gary) Lagerstrom; niece Kasey Heldrich; and two nephews, Andrew and Joseph Heldrich. Memorial services will be at 11:00 a.m. on Wednesday, June 14, 2017 at the Wagler Funeral Home in Bloomfield with Pastor Mike Evans officiating. Burial of the cremated remains will be at the Sunset View Cemetery near Moulton, Iowa. Visitation will begin at 9:00 a.m. on Wednesday with the family present to greet friends from 9:30 a.m. until the time of the service. Memorials may be made to any animal shelter or Tenco Industries.

The family of Dr. Alan Gravett created this Life Tributes page to make it easy to share your memories.

Send flowers to the Gravett family.