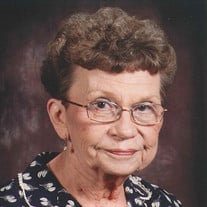 Betty Ilea Howk, 81, of Bloomfield, Iowa passed away on February 16, 2020 at the Bloomfield Care Center. She was born July 10, 1938 in Jefferson County, Iowa to Frank Elmer and Ola Ilea Koch Hill. She graduated from Fairfield High School in 1956 and attended Iowa Success Business School in Ottumwa. She was employed in the office of Loudens Machinery in Fairfield until her marriage to Rex Howk on May 31, 1957 at the Fairfield Christian Church. After getting married, the couple moved to a farm near Mark, Iowa. She began working for the Davis County Hospital in 1974 and retired in 2001. Betty was a member of the Bloomfield Christian Church, Mark Stitch and Chatter Club for 30 years and was often a “room mother” when her children were in grade school, providing treats on holidays. She enjoyed time with her family, eating out, shopping, camping, making picture albums for her children and grandchildren, working with computers, and helping with funeral meals and other projects at the church. She is survived by two sons, Danny (Lu Ann) Howk of Bloomfield, Dean Howk of Lee’s Summit, Missouri; daughter, RaeAnne Sieren of Knoxville, Iowa; five grandchildren, Jennifer Thompson of Douds, Iowa, Kelsey (Joe) Warren of Albia, Iowa, Brandon Sieren of Ottumwa, Iowa, Ryan (Annie) Howk of San Diego, California, Kyle Howk of Unionville, Missouri; five great-grandchildren; and a brother, Glen Hill of Des Planines, Illinois. She was preceded in death by her parents; two infant sisters; and two baby granddaughters, Brittany and Kaitlin Howk. Graveside services will be held at 1:00 p.m. on Thursday, February 20, 2020 at the IOOF Cemetery in Bloomfield with Pastor Leslie Dotson officiating. No visitation is planned. Memorials have been established to Heartland Humane Society and Bloomfield Christian Church. Wagler Funeral Home in Bloomfield is in charge of arrangements and online condolences may be directed to www.waglerfuneralhome.com.

Betty Ilea Howk, 81, of Bloomfield, Iowa passed away on February 16, 2020 at the Bloomfield Care Center. She was born July 10, 1938 in Jefferson County, Iowa to Frank Elmer and Ola Ilea Koch Hill. She graduated from Fairfield High School in... View Obituary & Service Information

The family of Betty Howk created this Life Tributes page to make it easy to share your memories.

Betty Ilea Howk, 81, of Bloomfield, Iowa passed away on February...

Send flowers to the Howk family.