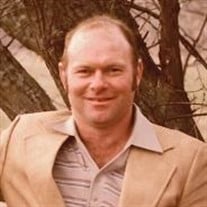 Charles “Chuck” Moore, 72, of Washington, Iowa and former resident of Pulaski, Iowa passed away October 4, 2016 at the Ottumwa Hospice House. He was born March 7, 1944 in Pulaski, Iowa to James Lewis and Lorrayne Alma Rowland Moore. He married Connie Robison in 1965 in Milton, Iowa. Together they raised two daughters, Christi and Kelli, and one son, Ronald. Connie passed away on October 30, 1998. Charles served in the United States Army during Vietnam. After retiring from active duty, he continued to serve in the reserves until 1971. Charles was a farmer and also worked maintenance at IBP in Columbus Junction, Iowa. He enjoyed watching his grandchildren play sports, fishing, hunting, being outdoors, playing golf and attending family gatherings. He was a member of the Pulaski United Methodist Church. He is survived by his two daughters, Christi (Jim) Asher of Milton, Iowa, Kelli (Jeff) Anderson of Fairfield, Iowa; son, Ronald (Jennifer) Moore of Bloomfield; seven grandchildren; three step-grandchildren; three brothers, Jim (Joyce) Moore of Fulton, Illinois, Jack (Nell) Moore of Bloomfield, Pat (Kelly) Moore of Pulaski, Iowa; and a sister, Jane (Charlie) Blakely of Richland, Iowa. He was preceded in death by his parents and two brothers, Terry Moore and Owen Moore. Visitation will begin at 9:00 a.m. on Sunday, October 9, 2016 with the family present to greet friends from 2:00 - 3:30 p.m. at the Wagler Funeral Home in Bloomfield. Inurnment will be in the Pulaski Cemetery in Pulaski, Iowa. In lieu of flowers, a memorial has been established to the Davis County School Support Foundation to be used for a sports complex.

The family of Chuck Moore created this Life Tributes page to make it easy to share your memories.