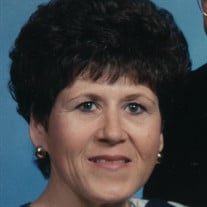 Connie Nadine Steinkruger, 71, of Bloomfield, Iowa passed away on September 26, 2021 at Ridgewood Specialty Care in Ottumwa. She was born on August 3, 1950 in Ottumwa, Iowa to Dale and Nadine Bell Blackwell. Connie graduated from Davis County High School in 1969. In May of 1969, she married Charles David Lanman in Bloomfield. He passed away in April of 1970. She married Ron Campbell and they were later divorced. On November 7, 1981 she married Rex Steinkruger in Bloomfield. Rex passed away on November 1, 2009. Connie worked at the Gilfillan Clinic in Bloomfield, for Dr. Juhl in Bloomfield, and as an assistant for Rex while he was working with Dr. Berges in Ottumwa. She loved spending time with her grandchildren as-well-as shopping, mushroom hunting, working in her yard with Rex, and traveling with Rex. Connie was also a very good cook. She will be greatly missed by her family and friends. She is survived by a daughter, Patricia (Bob) Mincks of Bloomfield; son, Mike (Tara) Campbell of Centerville, Iowa; step-son, Mike (Kim) Steinkruger of Greene, Iowa; three step-daughters, Kim (Mike) Lutz of Amana, Iowa, Kandis Schreiber of Cleveland, Ohio, Erin (Mike) Delaney of Portland, Oregon; five grandchildren, Brittany (Chris) Peiffer of Harper, Iowa, Keagen Campbell of Memphis, Missouri, Jaden Campbell of Lancaster, Missouri, Chase Campbell and Sadie Campbell both of Centerville, Iowa; nine step-grandchildren; two great-grandchildren, Matthew and Oaklyn; three step-great-grandchildren; sister, Betty Fairchild of Cedar Rapids, Iowa; brother, Rex Blackwell of Bloomfield; and sister-in-law, Charlotte Blackwell of Bloomfield. She was preceded in death by her parents; husband, Charles David Lanman; husband, Rex Steinkruger; son, Aaron Campbell; brother, Jimmy Dale Blackwell; brother-in-law, Gerald Fairchild; sister-in-law, Carol Blackwell; and step-son-in-law, Stuart Schreiber. Memorial services will be at 5:00 p.m. on Wednesday, September 29, 2021 at the Wagler Funeral Home in Bloomfield with Rev. Donna Olinger officiating. Burial will be at the IOOF Cemetery at a later date. Visitation will open at 3:00 p.m. on Wednesday with the family present to greet friends following the memorial service until 7:00 p.m. at the funeral home. A memorial has been established to her family.

Connie Nadine Steinkruger, 71, of Bloomfield, Iowa passed away on September 26, 2021 at Ridgewood Specialty Care in Ottumwa. She was born on August 3, 1950 in Ottumwa, Iowa to Dale and Nadine Bell Blackwell. Connie graduated from Davis County... View Obituary & Service Information

The family of Connie Steinkruger created this Life Tributes page to make it easy to share your memories.

Send flowers to the Steinkruger family.