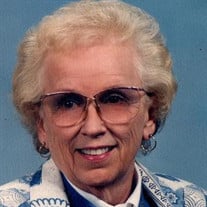 Delpha Lee Hopkins, 82, of Bloomfield, Iowa passed away on May 9, 2019 at Unity Point Hospital in Des Moines. She was born December 26, 1936 in Bloomfield, Iowa to John and Violet Gordy Willcoxson. She married and later divorced Larry Hopkins. Delpha graduated from Bloomfield High School - Class of 1955 followed by St. Joseph's School of Nursing - Class of 1958. She worked 30 years at The Gilfillan Clinic, 1 year at Bloomfield Care Center, 20 years at American Home Finding Association - Women Infant and Children program, wrapping up her 52-year career by working for Dorothy Cline-Campbell, DO for 1 year. Delpha was a 20-year member of the Iowa Nursing Association and a 4-H leader for 9 years - New Cloverettes Can 4-H Club. She enjoyed spending time with all of her grandchildren and great grandchildren, cooking Sunday dinners for her family, eating out with her friends, playing bingo, bridge and outings to casinos. Delpha is survived by her son, Doug (Shelly) Hopkins; daughter, Lisa (Doran) Ryan; four grandchildren, Jessica (Brad) Huggins, Kirk Hopkins, Ryan (Kim) Fleming, Paige (Terence) Helton; five great-grandchildren, Gracie and Gavin Huggins, Harley Fleming, McKinlee and Alix Helton; four step-grandchildren, Crystal Lee, Nathan Ryan, Courtney Ryan, Nolan Ryan; and ten step-great-grandchildren, Peyton Helton, Oscar Holt, Xander Price, Riley Lee, Kennedy Lee, Jaxson Lee, Aidan Ryan, Ian Ryan, Declan Ryan and Eva Ryan. She was preceded in death by her parents and two brothers, Dean and Danny Willcoxson. Delpha embodied the true spirit of a nurse. She was a true caregiver wherever and whenever it was needed and she was a good friend to all. Funeral services will be at 10:30 a.m. on Tuesday, May 14, 2019 at the Wagler Funeral Home in Bloomfield with Pastor Brian Hargrave officiating. Cremation will follow the service with burial of the cremated remains at the IOOF Cemetery in Bloomfield at a later date. Visitation will begin at noon on Monday with the family present to greet friends from 5-7:00 p.m. at the funeral home. Memorials have been established to Davis County Dollars for Scholars and Friends of the Bloomfield Public Library. Online condolences may be directed to www.waglerfuneralhome.com.

Delpha Lee Hopkins, 82, of Bloomfield, Iowa passed away on May 9, 2019 at Unity Point Hospital in Des Moines. She was born December 26, 1936 in Bloomfield, Iowa to John and Violet Gordy Willcoxson. She married and later divorced Larry Hopkins. Delpha... View Obituary & Service Information

The family of Delpha Hopkins created this Life Tributes page to make it easy to share your memories.

Delpha Lee Hopkins, 82, of Bloomfield, Iowa passed away on May...

Send flowers to the Hopkins family.