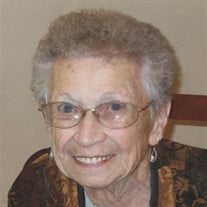 Evelyn Irene Johnson, 87, of Cedar Rapids, Iowa and former resident of Bloomfield, Iowa passed away August 24, 2015 at the Linn Manor Care Center in Marion. She was born September 18, 1927 in Galesburg, Illinois to Clarence and Ellen Leafgreen Lieber. She married Richard Roark of Monmouth, Illinois. They had three children, and then were later divorced. She married Donald M. Johnson March 16, 1956 in Galesburg. The couple lived in Ft. Madison, New London, and Galesburg before moving to Bloomfield in 1991. Shortly after Donald passed away on March 9, 2011, Evelyn moved to Cedar Rapids. She had worked as a secretary for Great River AEA #16 in Burlington and is a former member of Rose Chapter #552 of the Order of the Eastern Star, the American Legion Auxillary, and the Retired School Personnel. While living in Bloomfield, she was a member of the Bloomfield Christian Church. She is survived by a daughter, Sue Ellen (Robert) Schunter of Cedar Rapids; son, Alan (Marsha) Johnson of Anamosa, Iowa; step-son, David (Pam) Jern of Monmouth, Illinois; daughter-in-law, Areta Johnson of Ottumwa, Iowa; ten grandchildren; 35 great-grandchildren; a great-great-grandson; three sisters, Alice Spencer, Judith (Tom) Wilson both of Galesburg, Clarice Palmer of Clayton, California; two brothers, Larry (Joyce) Lieber of Galesburg, Jerry (Barbara) Lieber of Macomb, Illinois; and numerous nieces and nephews. She was preceded in death by her parents; husband; son, James “Mick” Johnson; sister, Dorothy Lieber Hughes; brothers-in-law, Irwin Spencer, Clifton Hughes, Payson “Pete” Palmer, Percy Black, Keith, Dale, and Forrest Johnson; and sisters-in-law, Karen Lieber, Lila Johnson, Peggy Johnson, and Genevieve Black. Funeral services will be at 11:00 a.m. on Saturday, August 29, 2015 at the Wagler Funeral Home in Bloomfield with Rev. Jack Knox officiating. Cremation will follow the service and burial of the cremated remains will be at the IOOF Cemetery at a later date. Visitation will begin at 9:00 a.m. on Saturday with the family present to greet friends from 10:00 a.m. until the time of the service at the funeral home. A memorial has been established to the Bloomfield Christian Church.

Evelyn Irene Johnson, 87, of Cedar Rapids, Iowa and former resident of Bloomfield, Iowa passed away August 24, 2015 at the Linn Manor Care Center in Marion. She was born September 18, 1927 in Galesburg, Illinois to Clarence and Ellen Leafgreen... View Obituary & Service Information

The family of Evelyn Irene Johnson created this Life Tributes page to make it easy to share your memories.

Send flowers to the Johnson family.