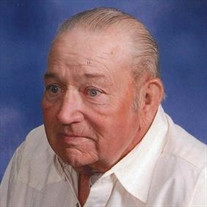 Gilbert Lee Hood, 76, of rural Bloomfield, Iowa passed away on October 28, 2018 at Mercy Medical Center in Des Moines. He was born October 23, 1942 in Rutland, Iowa to Garnie and Florine Collicot Hood. He married Marian Hudek on June 26, 1965 in Pocahontas, Iowa. Gilbert was a farmer raising crops and livestock including colts that he would raise and eventually sell. He also stayed busy as a fence builder for area farmers. While not farming, he enjoyed fishing, reading, bow hunting, and trap shooting. In his younger days, Gilbert was active with Farm Bureau, the Cattlemen’s Association, and the Pork Producers. He is survived by his wife, Marian Hood; two sons, Brian (Kimberly) Hood of Des Moines, Bill (Darci) Hood of Reasnor, Iowa; six granddaughters, Jenny, Grace, Emma, Haley, Lindsey, Olivia; sister, Frances Hedeman of Dubuque, Iowa; and several nieces and nephews. Funeral services will be at 11:00 a.m. on Thursday, November 1, 2018 at the Wagler Funeral Home in Bloomfield with Father Patrick Hilgendorf officiating. Cremation will follow the service and burial of the cremated remains will be at the Calvary Cemetery in Pocahontas, Iowa at a later date. Visitation will begin at 1:00 p.m. on Wednesday with the family present to greet friends from 5-7:00 p.m. at the funeral home. A memorial has been established to the Mercy Foundation in Des Moines.

The family of Gilbert Lee Hood created this Life Tributes page to make it easy to share your memories.

Gilbert Lee Hood, 76, of rural Bloomfield, Iowa passed away on...

Send flowers to the Hood family.