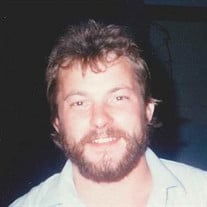 Hal Owen “H.O.” Moore, 53, of Bloomfield, Iowa passed away March 21, 2016 at the Keosauqua Health Center in Keosauqua, Iowa. He was born December 3, 1962 in Davis County, Iowa to Dwight Owen and Ginger Topaz Mustard Moore. H.O. graduated from Fox Valley High School and joined the Army Reserves, serving for 6 years. After graduating from the Indian Hills Aviation Mechanic Program, he moved to Parsippany, New Jersey where he worked in railroad construction for ten years. After moving back to Iowa, he worked at Barker Wire and drove a milk truck. In his spare time, H.O. enjoyed hunting, fishing, woodworking, and spending time with his nieces and nephews. He was also a big movie buff and loved the television show, Gunsmoke. H.O. was a member of the Moulton Baptist Church. He is survived by his mother, Ginger Moore of Milton, Iowa; two sisters, Jodie (Steve) Pierce of Douds, Iowa, Lisa (Stuart) Grim of Ames, Iowa; two brothers, Jon (Tess) Moore of Humphreys, Missouri, Brad Moore of Bloomfield; and several aunts, uncles, nieces, nephews, and cousins. He was preceded in death by his father and a brother, Rodney Owen Moore. Funeral services will be at 10:00 a.m. on Saturday, March 26, 2016 at the Wagler Funeral Home in Bloomfield with Minister Kevin Mote officiating. Burial will be at the Pulaski Cemetery in Pulaski, Iowa. Visitation will begin at 9:00 a.m. on Friday with the family present to greet friends from 5-7:00 p.m. at the funeral home. In Lieu of flowers, memorials have been established to the Bloomfield D.A.R.E. Program and the Heartland Humane Society in Ottumwa.

The family of H.O. Moore created this Life Tributes page to make it easy to share your memories.