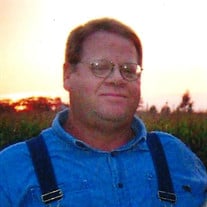 Jeffrey Warren “Jeff” Gohn, 65, of rural Bloomfield, Iowa passed away on May 9, 2022 at his home. He was born on September 30, 1956 in Fairfield, Iowa to Warren Bayne and Jean Angstead Gohn. He attended Fairfield High School where he participated in football, band and graduated with the class of 1974. Shortly after school, Jeff became an over the road truck driver. He drove for over 40 years, retiring in 2020. While he was trucking, he also owned and operated a farm. He loved farming, especially planting corn and harvest time. Jeff had a soft place in his heart for animals, raising cattle and always taking in any stray dog that showed up at the farm. On September 24, 2005 he married Connie Conley at the family farm. He loved spending time with his children and grandchildren. He had been attending the Kirksville Baptist Church in Kirksville, Missouri. Jeff will be greatly missed by his family and friends. He is survived by his wife, Connie Gohn; daughter, Jana (Chris) Morian and their children, Emma, Logan, Isabel, and Addison all of Sperry, Iowa; son, Sean (Sara) Jones and their children Alexander, Juliet, and Rebekah all of Worthington, Indiana; and three cousins, Jane Ann Bath, Joan Rheaneck, Steve Angstead. He was preceded in death by his parents. Funeral services will be at 10:00 a.m. on Monday, May 16, 2022 at the Wagler Funeral Home in Bloomfield with Pastor Terry Vance officiating. Burial will be at the Aspen Grove Cemetery in Burlington, Iowa. Visitation will begin at 2:00 p.m. on Sunday with the family present to greet friends from 3-5:00 p.m. at the funeral home. A memorial has been established to his family to be designated at a later date.

Jeffrey Warren &#8220;Jeff&#8221; Gohn, 65, of rural Bloomfield, Iowa passed away on May 9, 2022 at his home. He was born on September 30, 1956 in Fairfield, Iowa to Warren Bayne and Jean Angstead Gohn. He attended Fairfield High School where... View Obituary & Service Information

The family of Jeff Gohn created this Life Tributes page to make it easy to share your memories.

Send flowers to the Gohn family.