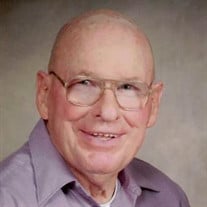 Raymond Edward Howard, 79, of West Grove, Iowa passed away September 11, 2015 at the Davis County Hospital in Bloomfield. He was born April 27, 1936 in Parker, South Dakota to Clarence and Marion Phelps Howard. He married Mary E. Guler and they were later divorced. He married Barbara Cummings and she preceded him in death in 2002. He later married Ruth Ludington and she passed away in July 2015. Raymond was a diesel mechanic and also worked on several race cars over the years. He was an avid racing fan and a hard worker, always keeping busy with projects. Raymond was a member of the Unionville Baptist Church in Unionville, Iowa. He is survived by three daughters, Karen (Mark) Hornaday of Knoxville, Iowa, Jenny Howard of Centerville, Iowa, Shirley Brunnemer of El Mirage, Arizona; two sons, Donald (Cindy) Howard of Oskaloosa, Iowa, Wayne (Melissa) Howard of Glendale, Arizona; eight grandchildren; 14 great-grandchildren; a sister, Shirley Hinerman of Marionville, Missouri; and special friends, Max and Catherine Batterson. He was preceded in death by his parents; wives; daughter, Caroll Ann Howard; and two sisters, Margaret Jean Howard, and Therese Hinerman. Funeral services will be at 10:30 a.m. on Wednesday, September 16, 2015 at the Wagler Funeral Home in Bloomfield with Pastor Josh Davenport officiating. Burial will be at a later date at the Resthaven Cemetery in Glendale, Arizona. Visitation will begin at 9:00 a.m. on Tuesday with the family present to greet friends from 5-7:00 p.m. at the funeral home. In lieu of flowers, a memorial has been established to the Unionville Baptist Church.

The family of Raymond Howard created this Life Tributes page to make it easy to share your memories.

Send flowers to the Howard family.