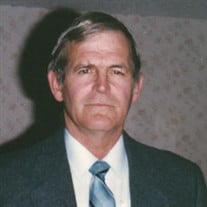 Roger Howard Schlarbaum, 83, of rural Bloomfield, Iowa passed away on February 19, 2022, at his home. He was born on October 13, 1938 in Drakesville, Iowa to Art William and Rose Emma Beggs Schlarbaum. Roger married Sylvia Prevo on November... View Obituary & Service Information

The family of Roger Schlarbaum created this Life Tributes page to make it easy to share your memories.

Send flowers to the Schlarbaum family.