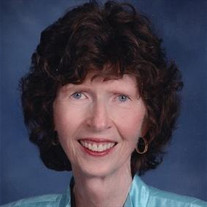 Verine Jo “Jodi” Parks-Doyle, 75, a resident of Peyton, Colorado since 2002, passed away quietly at Denver Memorial Hospital on November 4, 2016 following a significant stroke. She was attended by her loving husband, Larry Doyle, and devoted brother, Jay Nardini of Waterloo, Iowa. She received Last Rites while at the hospital. Jodi is survived by her husband, two brothers, John Nardini, Jay Nardini, three step-children, nine nieces and nephews, eight step-grandchildren and two step-great grandchildren. She was preceded in death by her parents and a brother James Nardini. Jodi was born September 18, 1941 in Kirksville, Missouri to Hazel Minear Nardini and Arthur “Tudo” Nardini. She moved to Bloomfield, Iowa with her family when she was a young girl and resided there through graduation from Bloomfield High School in 1959. She became a Nurse, graduating from the University of Iowa in 1963, went on to become a Registered Nurse, obtaining her Masters Degree from Marquette University in 1969, and her Doctorate in Higher Education from Nova University in 1984. Jodi worked her entire adult life in the Nursing profession in California, Wisconsin, Georgia and Florida. She culminated her career as Director of Nursing, St Petersburg Junior College from 1984 through 2001, when she retired and moved to Colorado. Unable to just enjoy retirement, she worked as a Nursing Education Consultant for hospitals, private companies and colleges. From 2005 to 2007 she was Interim Associate Vice President for Nursing in the Colorado Community College System. She was active in national nursing organizations such as the National Organization for Associate Degree Nursing (NOADN), serving as President 1990 – 1992, National League for Nursing (NLN), serving as Chairperson of the Council of Associate Degree Programs Executive Committee from 1997 – 1999. Other professional activities involved membership in the American Nurses Association, Florida Nurses Association, Colorado Nurses Association and several more national organizations. She attended a National Nurses Day luncheon at the White House sponsored by First Lady Barbara Bush in May 1990. She was active in the Saint Michael Catholic Church of Calhan and the Calhan, Colorado Lions Club. Per her request, she will be cremated and returned to her hometown of Bloomfield, Iowa where she will be buried close to her parents in the IOOF Cemetery in Bloomfield. A celebration of her life will be held at Wagler Funeral Home in Bloomfield on Monday, November 21, 2016 at 11:00 a.m.

Verine Jo &#8220;Jodi&#8221; Parks-Doyle, 75, a resident of Peyton, Colorado since 2002, passed away quietly at Denver Memorial Hospital on November 4, 2016 following a significant stroke. She was attended by her loving husband, Larry Doyle,... View Obituary & Service Information

The family of Verine Jo "Jodi" Parks-Doyle created this Life Tributes page to make it easy to share your memories.

Send flowers to the Parks-Doyle family.