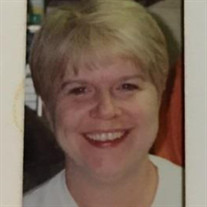 Vicki Gail Paris, 68, of Bloomfield, Iowa passed away on March 13, 2020 at St. Luke’s Hospital in Kansas City, Missouri. She was born July 1, 1951 in Memphis, Missouri to Robert Paul and Edna Marie Stone Cone. On October 26, 1968 she married Terry Paris in Decatur, Illinois. Terry passed away on September 20, 2012. Vicki graduated from Buena Vista with a degree in social work. Over her career, she was employed at the Iowa State Extension office, was part of the congressional staff for Congressman Leonard Boswell for many years, and then worked for Sieda. She was especially proud of her time working with the Congressman Boswell. Vicki and Terry also owned and operated a farm and she loved getting her hands dirty and helping on the farm. While not working, Vicki loved spending time with her family, especially her grandchildren. She also enjoyed reading, cooking, and tending to her garden. She will be deeply missed by her family. She is survived two daughters, Tera (Johnny) Simmer of Ottumwa, Iowa, Anna (John) Creath of Pulaski, Iowa; four grandchildren, Jacob Jones, John Hubbs, Mallary and Ryan Simmer; a brother, Ronnie (Sarrah) Cone of Chesterfield, Missouri; and a brother-in-law, Jack (Judy) Paris of Ottumwa. She was preceded in death by her parents and husband. Services for Vicki are pending at this time. Wagler Funeral Home will update this obituary when services are scheduled.

The family of Vicki Paris created this Life Tributes page to make it easy to share your memories.

Vicki Gail Paris, 68, of Bloomfield, Iowa passed away on March...

Send flowers to the Paris family.